Three convicted poachers of the notorious Ndlovu gang failed in their bid to appeal their 25 year sentences.  The High Court in Makhanda (Grahamstown) dismissed their appeal on all counts on Tuesday, 24 November 2020.

Conservationists and Wildlife lovers are celebrating this win for the Rhinos the world over.

In April 2016, Jabulani Ndlovu, Sikhumbuzo Ndlovu, and Forget Ndlovu were found in possession of more than 10kg of freshly cut rhino horn, a dart gun used to dispense the M99 immobilization drug, and a handsaw, still bloody from the latest poaching. Several mobile phones, SIM cards and rental cars were used in the poaching operations.

‘What made these poachers so dangerous is the fact that they used the Veterinary Drug, M99, to dart the rhinos, before cutting their horns off. The drug is not available to the public, and is a strictly controlled veterinary product’, says Paul Oxton , the Founder/Director of Wild Heart Wildlife Foundation, a South African Non-Profit Conservation Organization.

Years after their arrest in 2016 at the Makana Resort, the Ndlovu gang was found guilty in April 2019 following lengthy court proceedings, on 55 charges relating to Poaching and Wildlife Crime. The court sentenced them to 25 years each. They immediately appealed their sentences. They are directly responsible for the killing of at least 13 Rhinos, using the veterinary immobilizing agent M99, to dart the animals and then hack off their horns.  More than 100 Rhinos had been poached using this method over several years, and it is highly likely that they are responsible for all of those incidents. Since the gang had been imprisoned, not a single poaching incident has been linked to M99 use.

‘This kind of sedation is not a full anaesthesia, and the animals were able to feel as their faces were chopped into. Rhinos sedated via M99 are unable to move, but are still fully aware. It incredibly traumatic and is probably one of the cruellest methods of poaching’, Carina Crayton (aka CJ Carrington) from Wild Heart Wildlife Foundation explained.

In carefully orchestrated operations, the gang would pose as wildlife-loving guests at the different Resorts, gather information about the locations of the animals, and then poach the rhinos in the targeted area. They were operating as a highly skilled, resourceful criminal unit.

Although it took justice four and a half years to finally catch up with these criminals, Rhino lovers are thrilled with the overturning of the gang’s sentencing appeal  - stating that it is very welcome news in the fight against rhino poaching.

In the case of the Ndlovu Gang, at least two of the rhinos they killed, were pregnant at the time. This counts as a double loss, but the foetuses are not recorded as additional poached animals in South Africa’s official poaching statistics.

It is not just the dead adult rhinos that form part of the tragedy of the poaching scourge in South Africa. The result of poaching for greed is that many rhino babies end up being orphaned. It is estimated that only one out of ten Rhino Orphans are rescued in time to try and save their lives, after their mothers had been poached.  These babies have usually endured severe trauma for many days, including blows from machetes, bullet wounds, and attacks by predators, and they often end up eating sand which in turn can be fatal. Rehabilitating these orphans is costly and takes many years. Often they just do not survive.  It is part of the on-going tragedy that is Rhino Poaching for their Horns - made of Keratin, like your fingernails.

“Nobody needs a Rhino Horn, but a Rhino” ~Paul Oxton (WHWF)

Justice will not bring back the dead rhinos, but it may act as a deterrent for greedy would-be criminals, and assist in a small way in safe-guarding these national treasures. For now, we have to protect and care for the survivors. 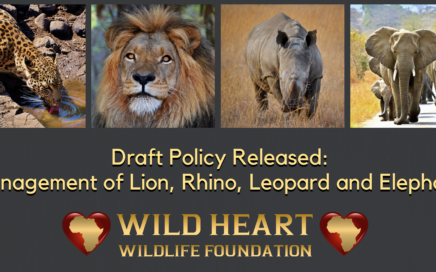 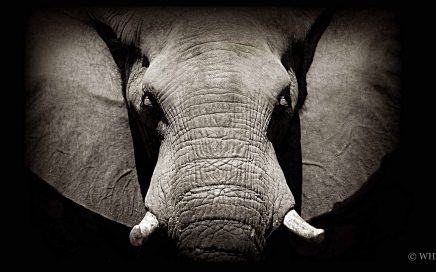 The values of Zimbabwe’s and Namibia’s ivory stockpiles have been grossly overstated, and their proposed sale would lead to another poaching epidemic. Last year the world reacted in shock when Namibia announced plans to auction off 170 live elephants to the highest bidder. Despite criticism, the plans have continued to move forward — and that […] 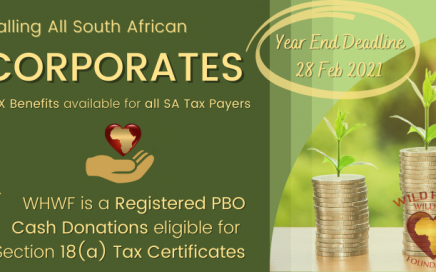 Looking for a Good Cause to Support and pay less Income Tax in the Process? Wild Heart Wildlife Foundation is a Registered NPO and PBO. All Donations by South African Corporates and Private Taxpayers are eligible for a Section 18(a) Tax Certificate, which will assist in reducing the income tax payable to SARS. Department of […] 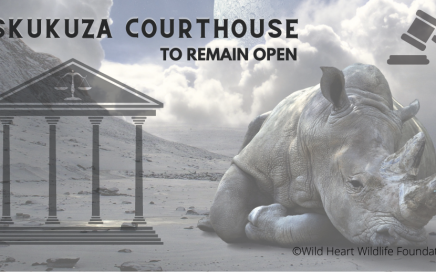 After a drawn-out legal battle spearheaded by Naomi Engelbrecht, President of Mpumalanga Regional Court, the High Court has ruled against appeals to enforce the closure of the Court based in Skukuza, in the Kruger National Park. The Skukuza Court handled the bulk of Rhino Poaching cases until an abrupt announcement in 2017 resulted in Engelbrecht […] 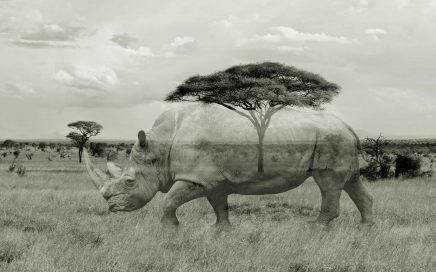 Anyone who is a regular visitor to the Kruger National Park would be able to tell you about the Rhinos they are increasingly NOT seeing, compared to previous years. Every Wildlife lover knows that Rhino Poaching is unlikely to ever be eradicated completely. But some bought into the illusion that we are successfully reducing Poaching. […] 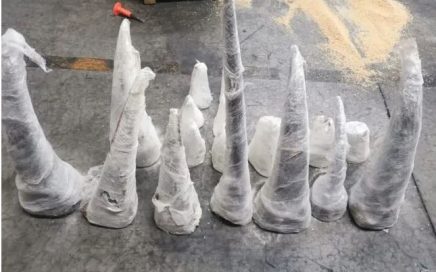 Update: 25 January 2021 – Suspect Arrested! Kempton Park, South Africa: The Hawks arrested a 36-year-old man in Gauteng at the weekend for being a suspected rhino horn dealer. Kelvin Chigwede was arrested on Saturday after being found in possession of R500,000, suspected to be proceeds of illegal rhino horn dealings. Investigations led authorities to […] 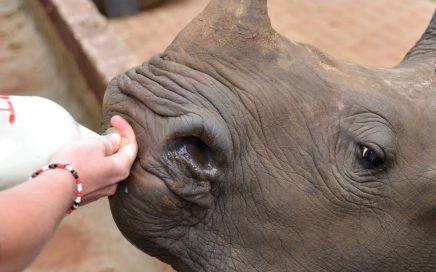 Xmas Happiness for the Rhino Babies and their Carers: As always, we do our best to make Christmas extra special for the #WildBabies and caring Staff at The Rhino Orphanage. This year was our 6th Annual Xmas Supply Drop. With the loving care and help of our local community and our valued donors, we were […] 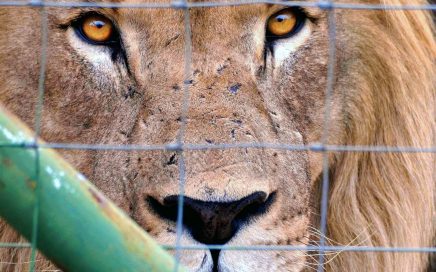 Despite overwhelming worldwide opposition, including a parliamentary resolution to close down the captive lion breeding industry, SA’s government is ignoring red flags that the industry is damaging the country’s reputation and deliberating a 2020 annual trade quota for the export of lion bones. The Department of Environment, Forestry and Fisheries (DEFF) said in April that the decision […]

Wild Heart Wildlife Foundation9 hours ago
No one in the world needs an Elephant Tusk but an Elephant.

Please note there are reports of a Rabies outbreak in the West Rand, Gauteng, South Africa.

⚠️ It is advisable that all Rehabbers & Rescuers get vaccinated against Rabies asap.

⚠️ Keep your domestic animal vaccinations up to date.